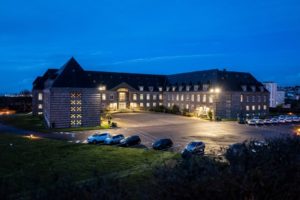 The Maritime Security Center-Horn of Africa (MSCHoA) is the interface between the civilian maritime world and the European Union’s military counter-piracy operation ATALANTA, which deploys a maritime task force off the Somali coast for almost 12 years.

This centre monitors merchant ships sailing in the region, spreads the threat of piracy off the Horn of Africa and relays the alert in the event of an attack.

Thus, for the past year, the MICA Center has been hosting the MSCHoA in a European environment composed of French, Spanish, Belgian and Portuguese sailors who contribute, on behalf of Europe, to the fight against maritime piracy and to the freedom of navigation in this area 24 hours a day.

In one year, the centre that follows each ship and brings security to the North-East Horn of Africa has registered more than 50,000 ship movements.