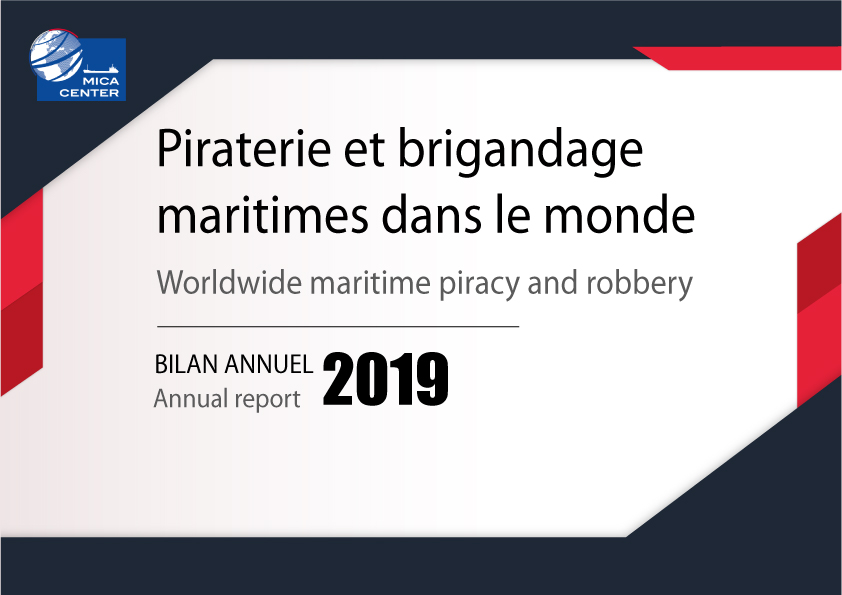 For the first time since its creation in 2016, the Maritime Information Cooperation & Awareness Center (MICA Center) publishes an annual report on worldwide maritime piracy and robbery. This report identifies and describes the incidents observed in 2019 that impacted maritime security.

The total number of incidents related to piracy and robbery has remained stable over the past four years. With 360 incidents reported worldwide, it remains almost twice lower than the previous record of 2011, which marked a peak for attacks off the coast of Somalia. Regarding 2019, the MICA Centre underlines a slight increase in the number of attacks perpetrated in the Gulf of Guinea and the sharp increase of the number of people abducted. Meanwhile,  it observes that the number of attacks in Southeast Asia remains roughly stable. It confirms that piracy is maintained at a low level in the Horn of Africa and that the number of robberies within the Caribbean region has risen.

The MICA Center is the French expertise center dedicated to the worldwide maritime security. Based in Brest, within the Atlantic Maritime Prefecture, the MICA centre was founded in 2016 to address the strategic issues raised by threats to the security of maritime areas.

The MICA Center is 24/7 monitoring global maritime traffic by the collaborative work of about thirty experts from French and foreign partner navies.

The MICA Center is an analysis and assessment center for worldwide security of maritime areas but also a central warning unit in the event of an attack. It collects and relays information to the benefit of partners who subscribe to its free services. This annual report summarizes the regular reports which are published to the benefit of the maritime industry. Its goal is to provide an analysis of the trends observed and to describe the evolution of the operating modes and the use of violence in affected areas.