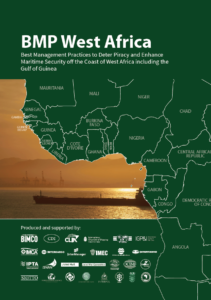 On Saturday 23/01 the container ship MOZART, Liberian flag, Turkish ship-owner was attacked by at least 4 pirates, west of Sao Tome.

The crew immediately rallied the citadel but the pirates managed to force their way into the dedicated room after 6 hours.

During this attack, one crewmember has been killed and two other sailors injured.

Before leaving the ship, the pirates took 15 crewmembers as hostages.

The MICA Center and all of its teams regret the tragic turn of events.

This attack took place in an area that had been the subject of an alert message issued the preceding day by the MDAT-GoG on the very probable presence of pirates and on a potential imminent attack by them.

More than ever, the MICA Center calls on sailors operating in the Gulf of Guinea to respect the recommendations of the BMP West Africa (BMP WA).

The recommendations in this publication reduce the risk of piracy and armed robbery:

Seafarers who apply only part of the published recommendations are putting themselves at considerable danger. It is indeed the superposition of the various safety devices which makes it possible to delay or prevent the attack of pirates.